A tour of the 2015 LEED Homes Project of the Year

When it came to developing The Woodlawn, the winner of the 2015 LEED Homes Project of the Year, the project team had one clear goal in mind: Let it be the epitome of green living in Portland, Oregon.

Developed by SolTerra and designed by Abbasi Design Works, the LEED Platinum, 18-unit, mixed use building used design and construction strategies aimed at reconnecting residents with nature while pulling double duty for water and energy efficiency. 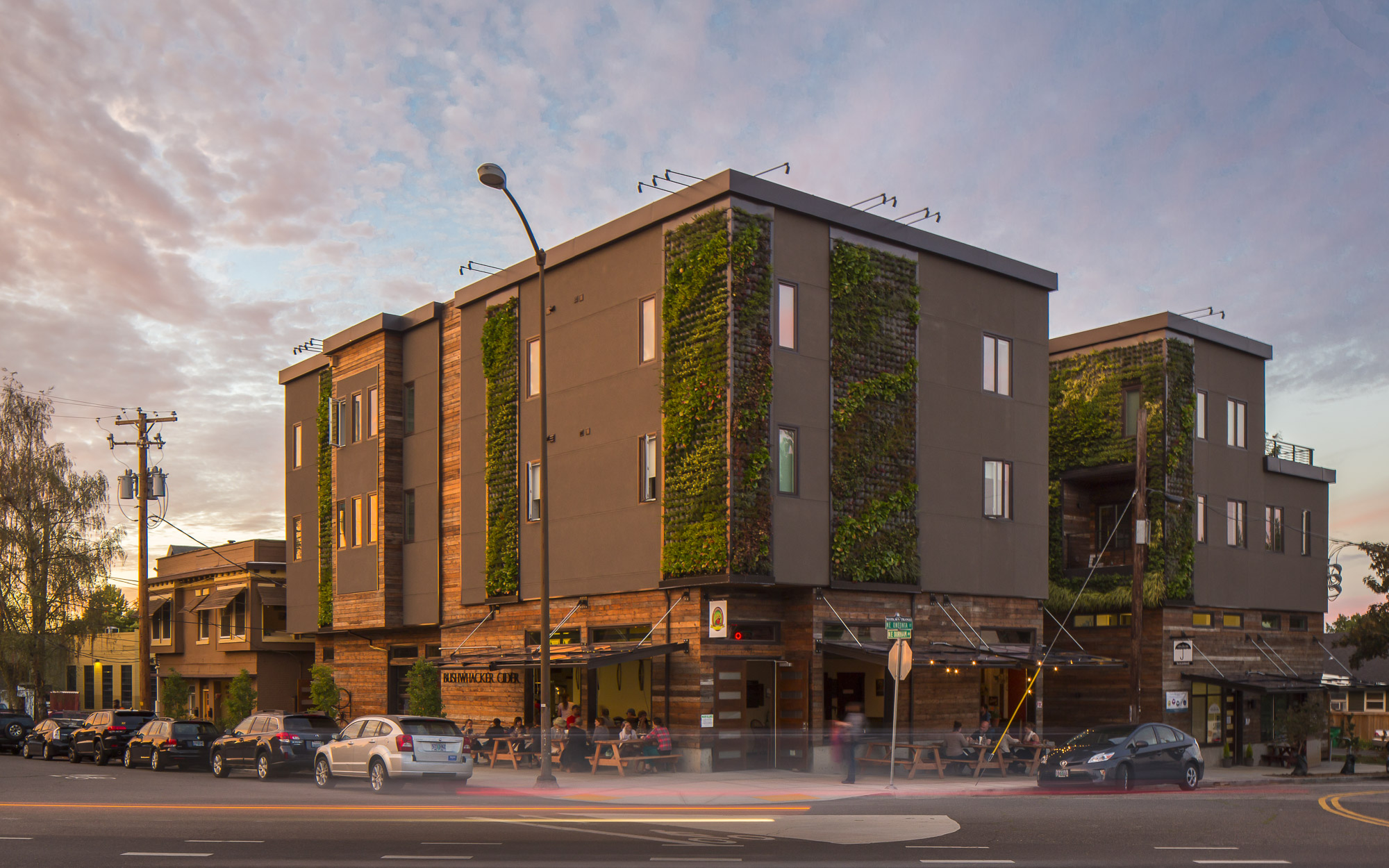 The Woodlawn, located in Portland, Oregon. Photo by Sean Airhart.

The Woodlawn uses 53 percent less energy and 57 percent less water compared to a typical low-rise apartment building. In its first year of occupancy, it saved nearly 100,000 kWH of energy. 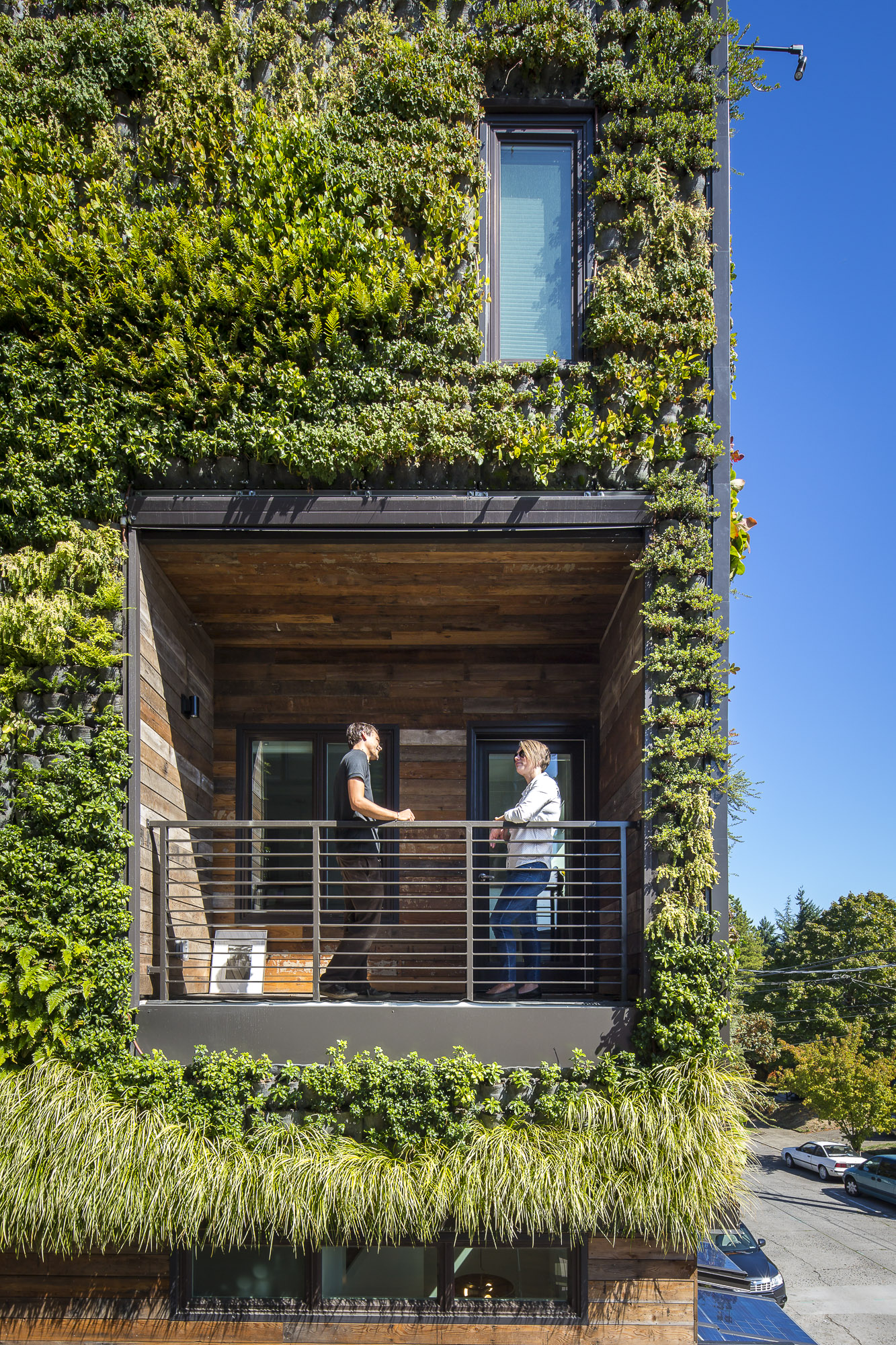 The largest display of living walls on a single building in the Northwest. Photo by Sean Airhart.

Taking a cue from nature

Among the highlight reel of The Woodlawn is its 4,500-foot ecoroof with drought-tolerant vegetation, an outdoor terrace and more than 1,100 square feet of living wall siding, the largest display on a single building in the Northwest.

The building also has seen heavy cuts to its outdoor potable water use for landscaping, thanks to a powerful irrigation system and a 9,000-gallon rainwater cistern. Two bioswales soak up the remaining stormwater to completely eliminate runoff into the streets and storm sewers, qualifying the project for Portland’s Clean River Rewards program. 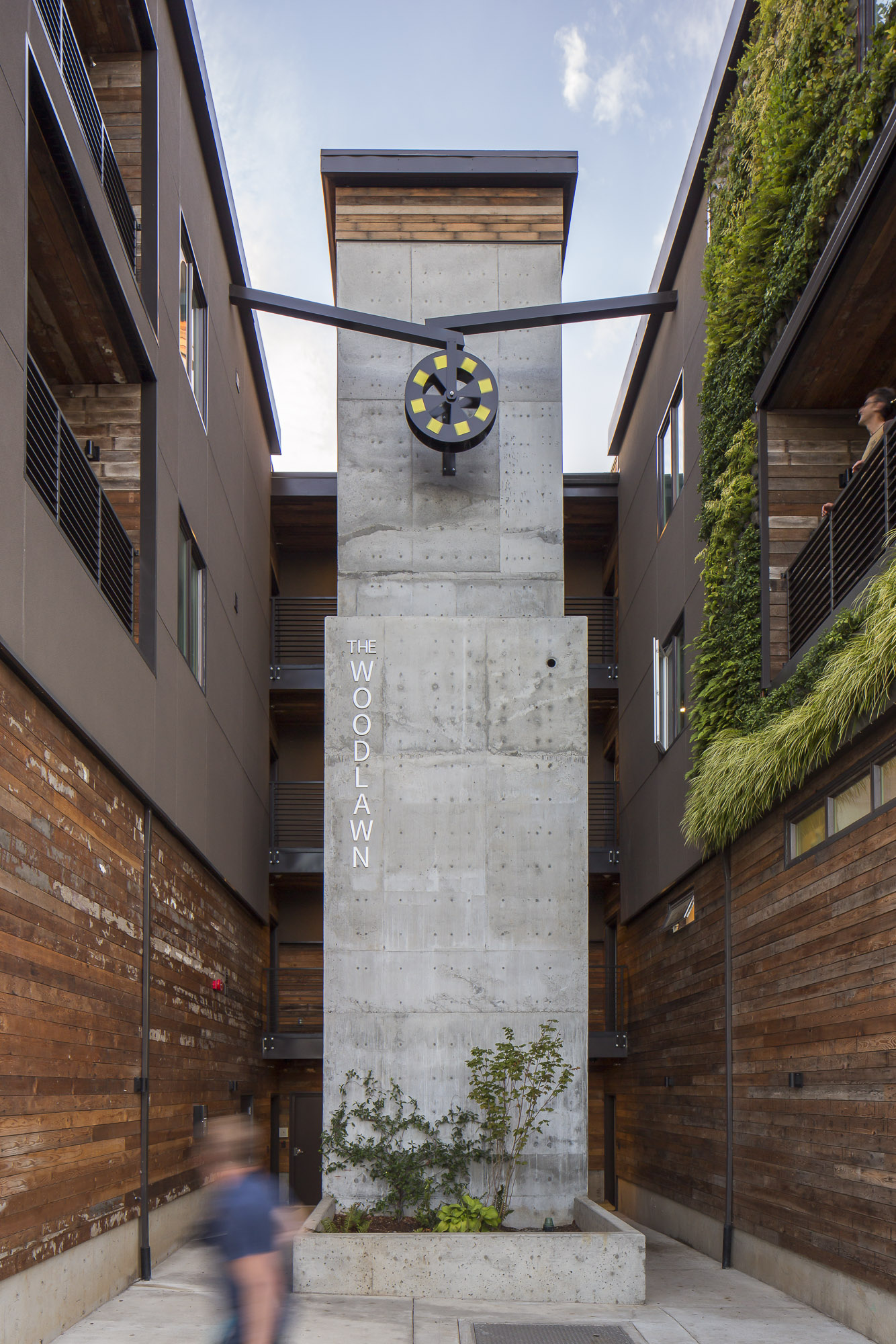 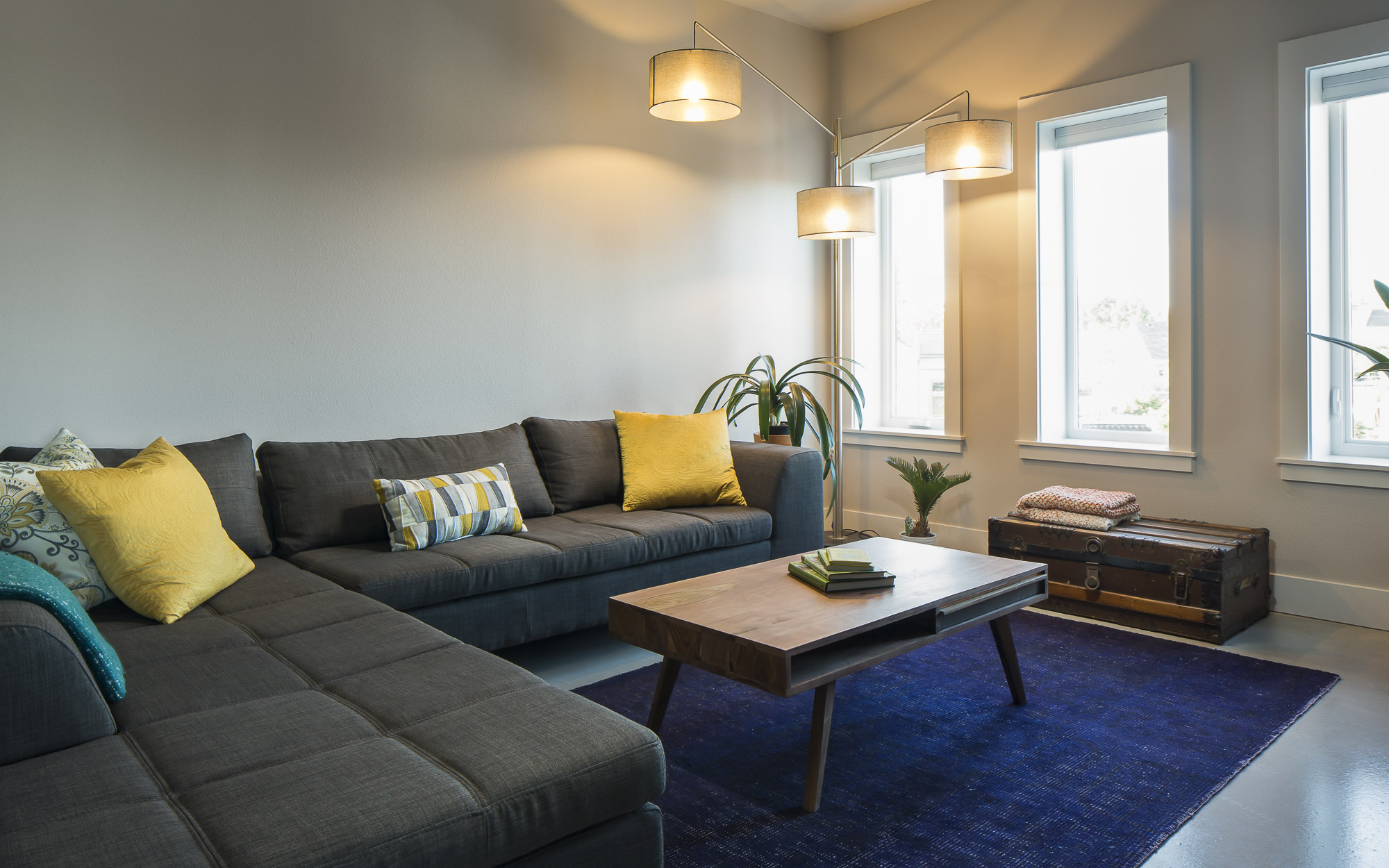 Inside one of the apartments at The Woodlawn. Photo by Sean Airhart.